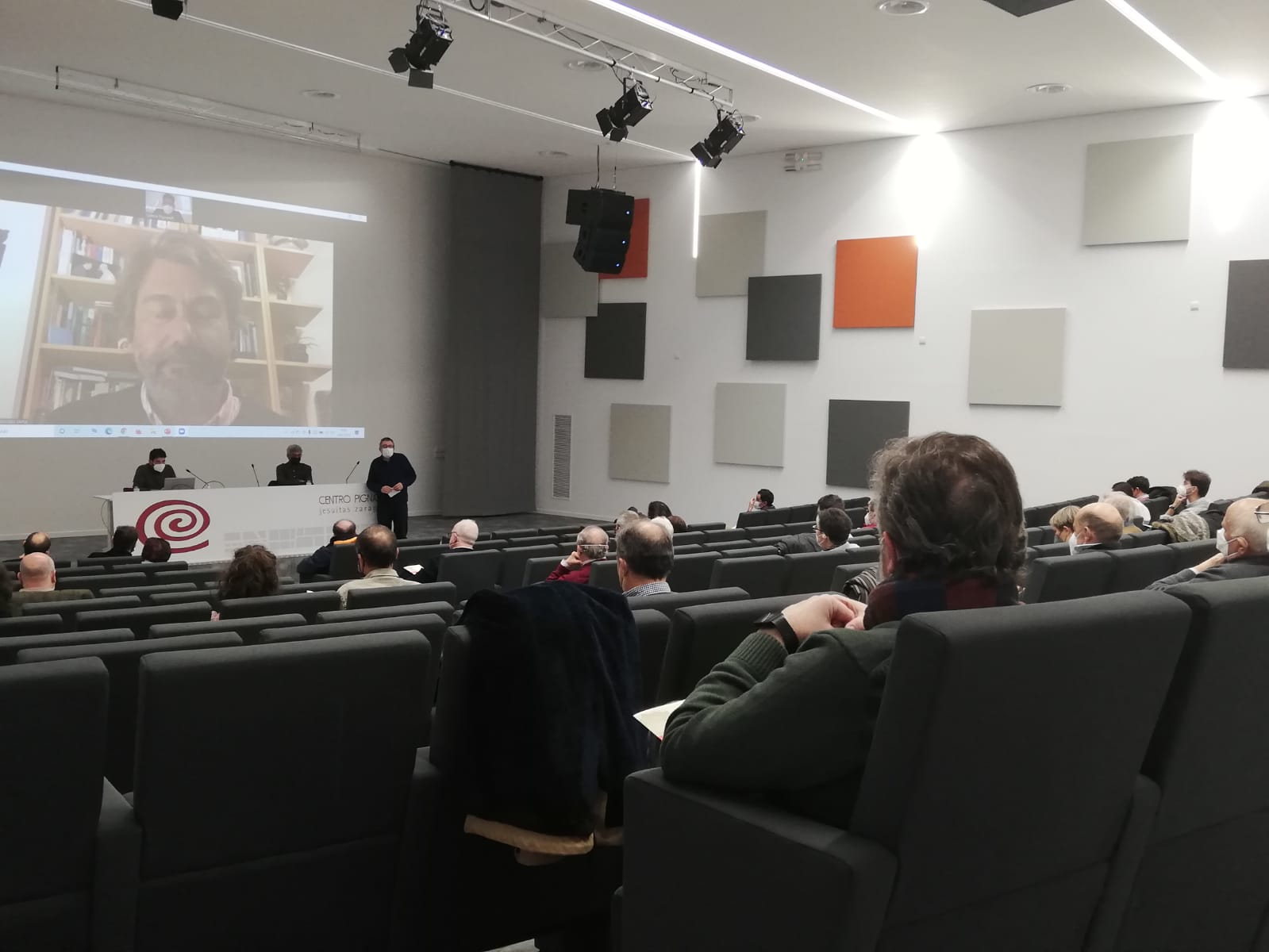 On Friday 14th, the Jesuit Migrant Service Aragon (SJM Aragon) was presented at the Pignatelli Center’s auditorium. The project is the result of contacts established over the last year with public and private organizations with the aim of setting up a body to study migration in Aragon. On the hand, the aim is to obtain and elaborate statistical data that can help in the desing of public policies. On the other hand, to detect, in dialogue with other associations, those areas in which further research is needed.

Under the title “From data to questions” the event included three brief presentations. After the greeting of Vicente Marcuello, SJ, Director of the Pignatelli Center, Luis Arancibia took the Social Sector and the SJM network. From his presentation, among other ideas, it is worth highlighting the end. In short, it is about being a sign that encourages hope.

Adrián Serrano, PhD in sociology and author of the collection and analysis of statistical data done to date, allowed attendees to take a rigorous look at the numerical reality of immigration in Aragon. By blocks, for example, the natural movement of population, employment, or training, he unraveled the statistics that are scattered in the databases of many agencies.

Manuel Pinos, a member of the Peace Research Seminar, began his assessment if the data presented by Adrian with this question: What scenario do we want to build with diversity? His intervention helped to ground the figures in some of the problems that can be found on the street. It is difficult to propose macro changes, but at the level of daily coexistence it is possible to move towards complete integration.

The event was well attended by the public. Is it the beginning of a project and as such it has the normal notes of illusion and fragility as well as the need to work with others.