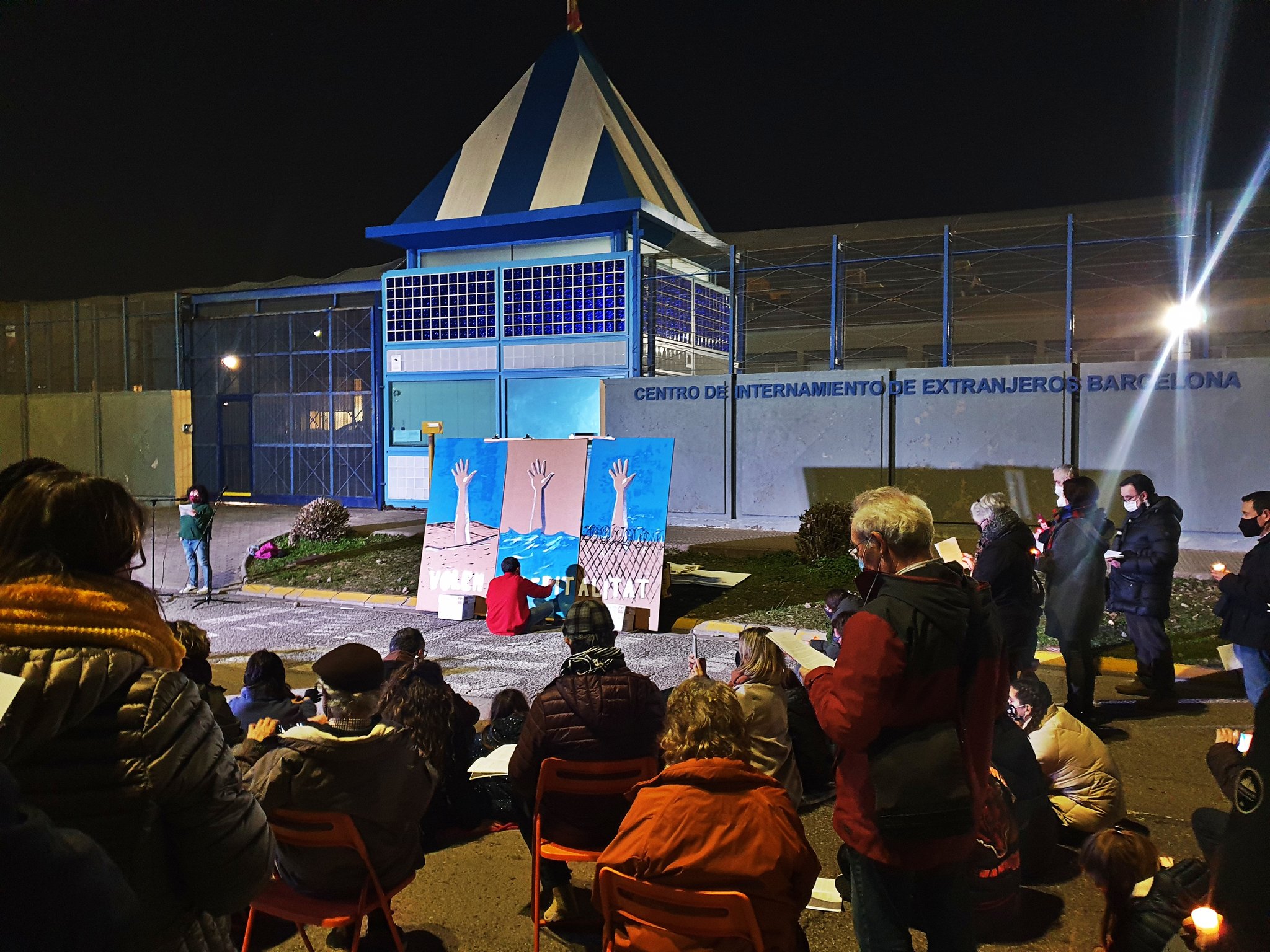 More than two hundred people gathered last Saturday, January 22nd, in front of the gates of the Center for Detention of the Zona Franca in Barcelona. It was the eighth edition of a prayer vigil organized by the Migra Studium Foundation group that regularly visits the inmates if the CIE, with the support of some eighty organizations. This year, under the slogan “Enough internment and expulsions, we want hospitality! A cry of denunciation and hope.

The initiative served to denounce the unjust and useless suffering endured by migrants interned in these centers. This year, the management of the CIE of Barcelona has continued to be marked by the pandemic, with the doors closed and visits prohibited until June 16th. Since then, family members and NGOs have been able to enter in dribs and drabs, and with many obstacles and limitations. Again, a week ago, the right to visitation was lost again, according to the director, due to an outbreak of coronavirus in the center. This deprivation of freedom humiliates, criminalizes and stigmatizes the entire migrant population, which has a negative impact on public opinion.

The first part of the event consisted in the reading of the witnesses collected by the volunteers of Migra Studium who visit the Center for Detention. The cases of Ahmed, Adil, Salim and Karbal were just a sample of the reality of suffering that is lived behind the walls of a CIE. Testimonies, heard in silence, at the gates of the CIE, echoed the pain, dignity and determination. “I arrived in Europe when I was 15 years old. Now, at 30, I just want to be able to settle here, to make my life, but things are not easy. On the 58th day of detention, I contacted the volunteer, hoping to be realized”, said Ahmed the day before he was expelled; “loneliness, loneliness and more loneliness”, said Salim, expelled in Argelia after 30 days of detention, without warning, hours before Argelia officially closed its border with Spain because of the pandemic.

The hostility represented by the CIE was contrasted with Amadou and Hafid’s witnesses of hospitality. Migrants or refugees who have been able to count the welcome and support of the families of the Hospitality Network.

The cold night, the walls and fences drowned, the echo of the public address system breaking the music and the silence and remoteness of the place, served for all those who came to the Zona Franca, to become aware of one of the many black holes of injustice and suffering that our world generates. As the people of Migra Studium usually say; “we will continue accompanying and we will continue denouncing until the last CIE closes”.