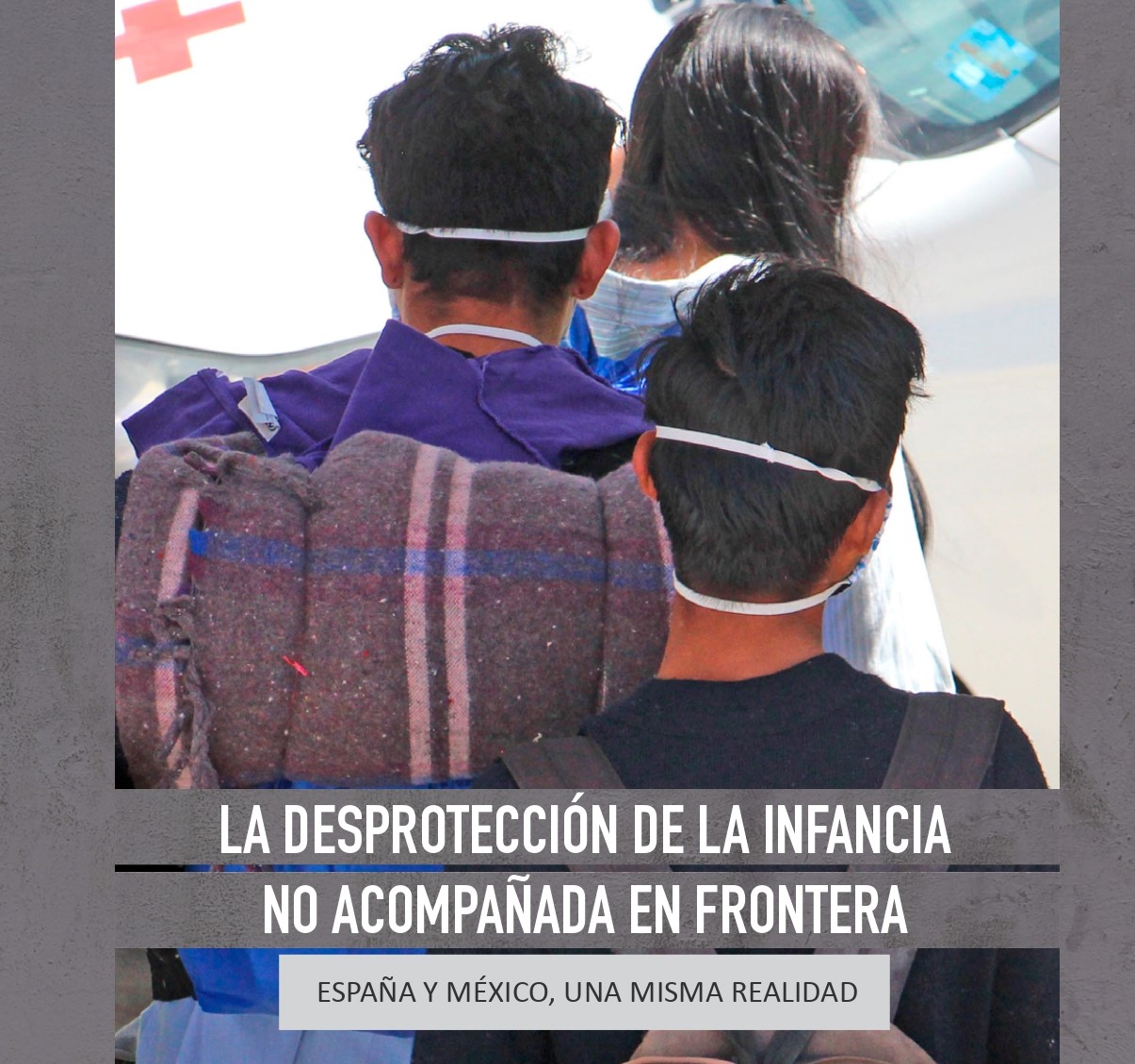 Together with Entreculturas, Alboan, SJM Mexico and the Documentation Network of Migrants Defense Organizations of Mexico (REDODEM) we have published the report “The lack of protection of unaccompanied children at the border”. This work was presented on the morning of Thursday, December 16th with a virtual conference.

The report denounces the lack of support networks and the difficult situations that unaccompanied children and adolescents have to go through on their migratory route, where their rights are seriously violated. There is a lack of a solid approach to children and gender realities that addresses the conditions they face during transit and arrival in the destination country, exposed to being victims of human trafficking networks, degrading treatment, exploitation and aggression.

In addition, at the borders of both countries (Spain and Mexico), unaccompanied children and adolescents are detained in unhealthy and inhumane conditions, where they suffer a situation of helplessness in the country of arrival for weeks of months until they can prove their family ties after separation. Other rights identified as being violated include the right to identity, to be heard, to communicate with family members, to have access to a lawyer or to have translation if needed.

In short, the implementation of the Migrant Protection Protocol is not respected and unaccompanied children and adolescents arriving at the borders of Spain and Mexico are treated as adults, thus leaving them unprotected, without taking into account their situation of special vulnerability, forgetting their age and the special protection afforded to unaccompanied children and adolescents by the Convention on the Rights of the Child.

When an unaccompanied child or adolescent leaves home, taking into account all the lack of protection they will go through, they do so in order to seek a dignified life with equal opportunities. There people usually suffer structural violence, persecution, aggression or economic reasons in their country of origin for which they cannot continue with their lives in a dignified manner. Furthermore, although the majority of unaccompanied children and adolescents are usually boys, the number of girls has also increased and remains at a worrying level, also fleeing from forced marriages, female genital mutilation or situations of severe vulnerability.

YOU CAN SEE HERE THE SUMMARY VIDEO

YOU CAN SEE HERE THE PRESENTATION EVENT