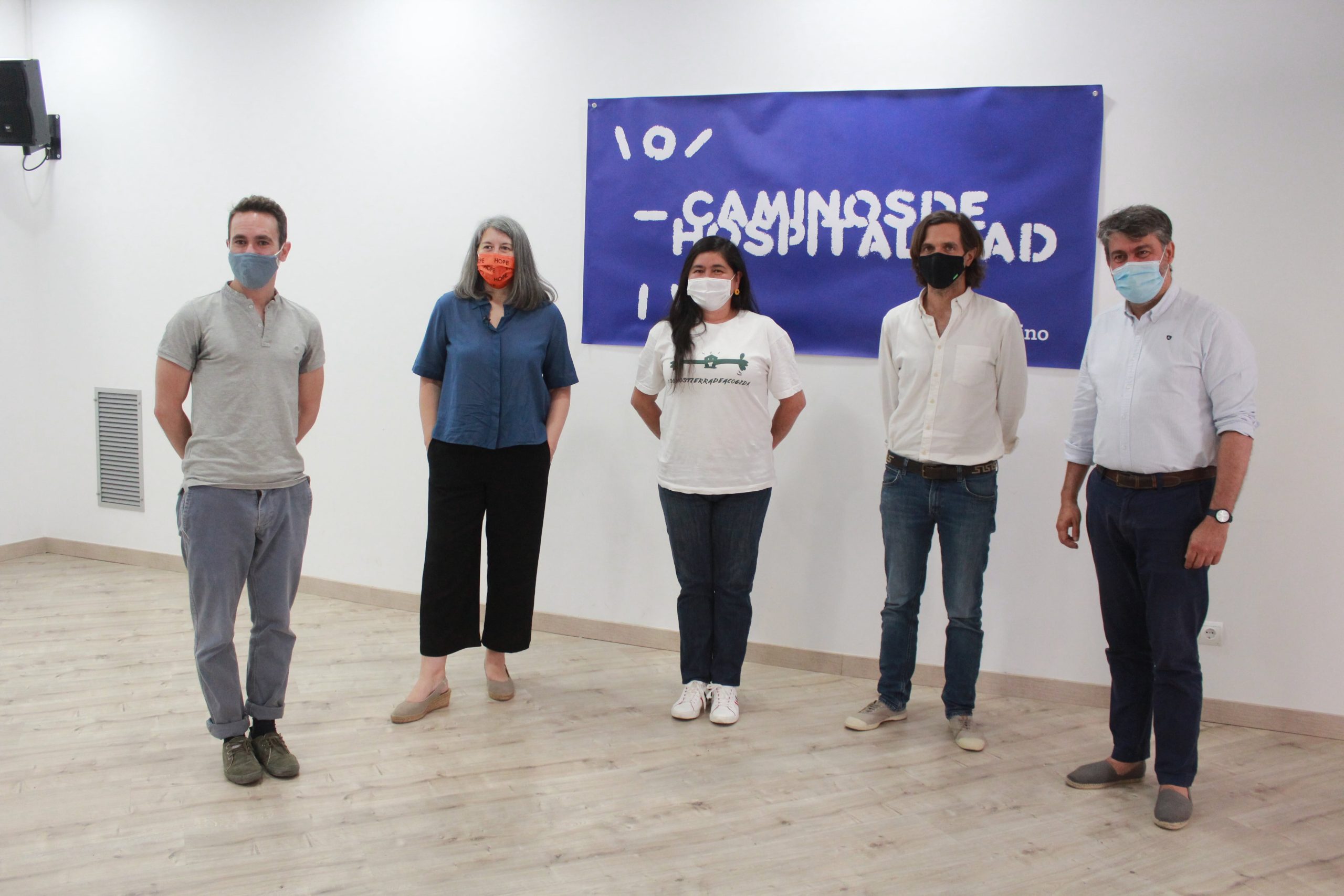 Under the slogan #SumoMiCamino, the organisations of the Social Sector of the Society of Jesus in Spain (Red Mimbre, Servicio Jesuita a Migrantes, Alboan and Entreculturas) presented this morning the initiative Caminos de Hospitalidad (Paths of Hospitality).

An invitation to citizens to put themselves in the shoes of refugees and displaced people and to take solidarity walks to demand a Europe of Hospitality and the defence of Human Rights through a Pact for Hospitality.

On the occasion of World Refugee Day (to be celebrated on 20 June), the Jesuit Social Sector organisations in Spain (Red Mimbre, Jesuit Migrant Service, Alboan and Entreculturas) called this morning at a press conference for a Europe of Hospitality and the defence of Human Rights through the Caminos de Hospitalidad initiative.

These paths are inspired by the legacy of the Jesuit Frans Van der Lugt who lived for 50 years in Syria where he was killed in 2014 and where he made paths of fraternity with people of different origins and religious beliefs. “In homage to this, we continue to promote paths to symbolise the essence of unity of peoples beyond ideologies, religious beliefs, origin, gender: the will of fraternity, the harmonious coexistence between different religions and cultures, the rejection of all forms of armed violence, inequality and hostility” explained Raquel Martín, Director of Communication and Institutional Relations at Entreculturas.

The current context, characterised by social and political tensions caused by Covid-19 and by other structural crises that are prolonged over time and that affect the most vulnerable groups to a greater extent, leads thousands of refugees to get on the move, to embark on uncertain paths in which they experience situations of lack of protection, discrimination and constant violation of their rights. These are dangerous paths on which they risk and even lose their lives, a good example of which are the recent images of thousands of people trying to reach the Canary Islands and Ceuta. Luis Arancibia, Delegate of the Social Sector of the Society of Jesus, explained that “in the face of this reality, we are not satisfied, and from the works of the Social Sector of the Society of Jesus we are launching this proposal in which we invite citizens to put themselves in the place of refugees and displaced persons, to mobilise for the values of hospitality and dignified welcome through a Pact for Hospitality“.

The latest data, from mid-2020, show that 3.6% (280.6 million) of the world’s population resides in a country other than the country of birth, “among whom 79.5 million (around 1% of the world’s population) are people who have been forced to leave their country; the majority (73%) moving to countries neighbouring their country of origin” recalled Pablo Funes, International Cooperation Coordinator at Entreculturas. The causes that provoke the flight of forcibly displaced people, the obstacles they encounter in transit and the conditions they face in the destination country place refugees and migrants in situations of lack of protection, discrimination and constant violation of their rights.

During the press conference, testimonies were heard, such as those of Abir Ahmad Sabra, English teacher at the Nicolas Kluiters Jesuit Refugee Service educational centre in Lebanon, who spoke of the importance of education for refugee minors and of the “enormous responsibility we have in accompanying refugees on their journey, their journey is our journey”. Along these lines, Sineyi Zambrano, an asylum seeker in Spain, recounted her journey as a refugee since she left Venezuela in 2018 until today and how important the reception flats of the Jesuit Migrant Service have been for her. “It has been three years since I arrived in Spain and now I feel that I am starting my journey, that I am building my future. My daughter and I have stability. It is essential for us to feel welcomed, accompanied and to feel that there are people and institutions that care about us”, she explained.

This situation “calls us to try to bridge five gaps: the gap of the journey in the absence of safe and legal channels; that of borders, where human rights must be respected; that of inclusion to avoid lack of protection and irregularity; that of building socio-community fabric; and the gap of coexistence to build new discourses, values and ways of living together that allow us to walk in the construction of a human family and a new society”, according to Jaime Pons, Coordinator of the Area of Hospitality at the Jesuit Migrant Service. In addition, ten necessary measures have been presented that must be implemented to guarantee Human Rights and the inclusion of forcibly displaced people.

All those who wish to join this initiative “can do so through different initiatives that can be found on the Caminos de Hospitalidad website or through #SumoMiCamino”, concluded Dani Martínez, Coordinator of the Hospitality Campaign.