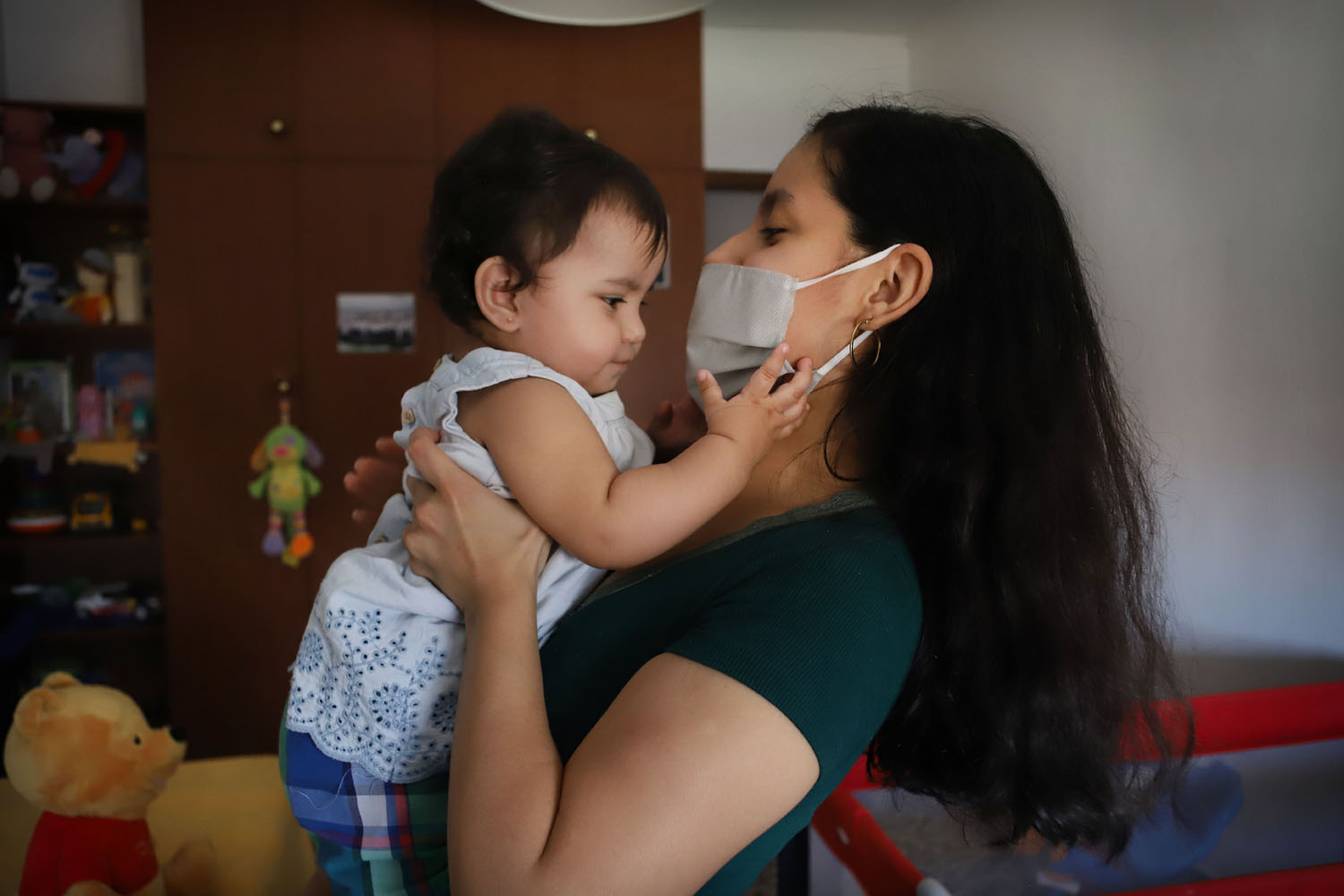 One of the projects implemented as part of the #Seguimos campaign has been emergency care and shelter for vulnerable families in Valencia. Since the arrival of the pandemic last year, the involvement of the SJM Valencia team with the most vulnerable people who lost their income and suffered the consequences of the crisis was very high thanks to the support of #Seguimos, covering basic needs. Among those people accompanied and cared for are some of the asylum seeker and refugee families who live in several of the residential resources that the entity has in Valencia and surrounding areas. These are some of their stories:

“My name is Erika Posada, I am a Colombian from Cali, I am 28 years old, and I have two small children. The situation in Colombia was very violent, with many robberies and intimidation, we didn’t feel safe. Together with my mom, we decided to take a new direction towards Spain, something we had been thinking about for a long time, because here there is calm and tranquillity, something we did not have there. I also wanted a future of hope and peace for the children.

Education is very important. I would like to complete my studies, I am in the 4th year of ESO (Compulsory secondary education) and I would like to finish so that I can support my mother, my brother and my children, and live calmly and happily”.

Edward (wife and one child):

“They demanded an amount of money from us that we couldn’t pay, that’s why we decided to leave the country. It is a very difficult situation to handle, if you don’t do what you’re told, they pressure you and extort you, with phone calls, they chase you and threaten you”.

“The departure from Colombia was above all with our son in mind, to give him a better life, to take him away from a life in which you get used to the conflict. The idea is for him to get ahead, to support him in whatever he wants to do”.

“In Valencia I feel very safe, I feel satisfaction and freshness. I can go out to the street without fear and I don’t have the stress of being chased. It’s a very nice feeling and I’d like to grow in Spain and move on”.

Robinson and Yamilet (a son with Down’s syndrome):

Robinson: “My wife belonged to a political group and so she was threatened. We were afraid that they might do something to me, to her or to our son, so we decided to travel to Spain and ask for international protection.

“From the beginning we were hosted by the Jesuits, in the SJM flats in Valencia. They have helped us with the asylum process, psychologically, socially, culturally, educationally; and also financially. We are now living in one of their homes, waiting for the asylum process to progress.

Yamilet: “Hopefully the asylum process will go through and we will be able to live in a regular situation in Spain. To be able to settle down, for our son to have a good education and a better quality of life.

The #Seguimos campaign of the Society of Jesus in Spain continues to offer attention to the needs of the most vulnerable population suffering the effects of the crisis resulting from the covid-19 pandemic. In this link it is possible to collaborate to ensure that aid to those who need it most can be carried out.