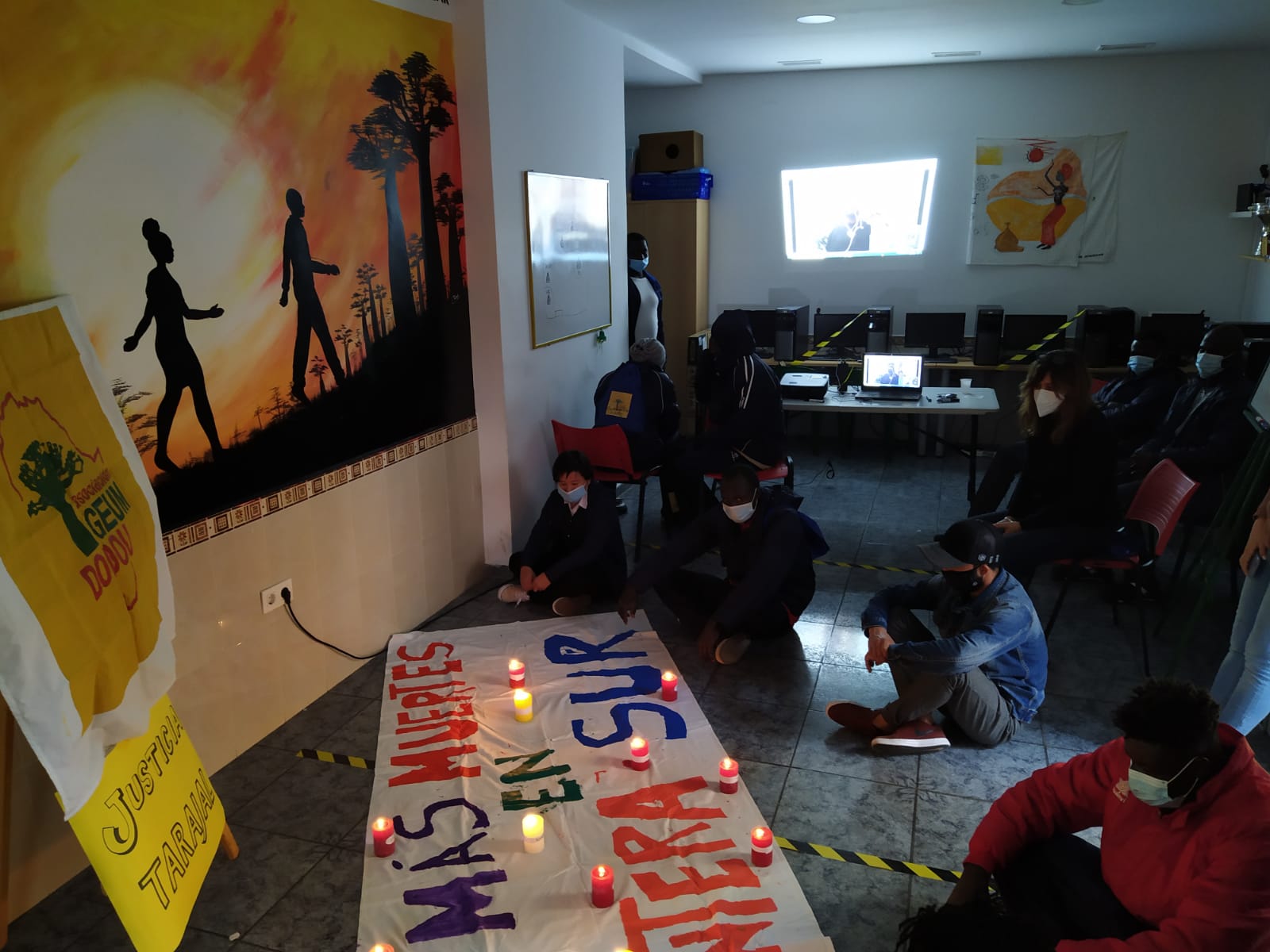 As every year since 2014, we have participated in the MARCHES FOR DIGNITY in memory of the at least 14 people whose lives were taken on 6 February 2014 on the Tarajal beach in Ceuta.

This year has been a special march because of the situation we are living due to the pandemic, but even so, alternatives have been found to MAKE MEMORY, DEFEND LIFE AND DEMAND RIGHTS.

On the afternoon of 5 February, we shared a very interesting round table discussion with Patuca Fernández, lawyer at the Fundación La Merced Migraciones, who explained the evolution and current state of the case, María José Aguilar, Professor of Social Work and Social Services at the University of Castilla la Mancha, who spoke on “Políticas migratorias: Políticas de muerte”, Txema Santana from CEAR Canarias to relate the situation of this 2019 in the islands with the paper “Canarias: el muro que emerge del mar”, Mamadou Dia from the association Hatay sonrisas de Gandiol with the paper “Senegal: jóvenes en busca de alternativas” and Sani Ladán, vice-president of the Asociación Elín with the paper “Derechos el camino hacia el futuro”. The round table will also feature live performances by the singer Pedro Sosa and the singer Mia Fuentes.

The following day, Saturday, 6 February, acts of remembrance took place in more than 30 cities. In Ceuta, as every year, it was a very emotional act in which a group of people gathered on the Tarajal beach, read the names of the people whose lives were taken that fateful day and set up a candle for each of them. We listened to a song and read the manifesto. In Melilla we participated together with other organisations such as Geum Dodou in a tribute to the memory of the disappeared people and demanded justice.